Strip clubs have become a common part of modern society when it comes to available entertainment based establishments. There are a large number of strip clubs that can be found across the world and millions of people 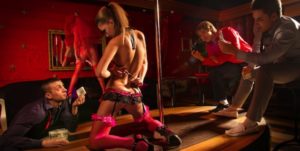 have attended these venues over the years. The popularity of strip clubs has grown so much so in recent years that even individuals who have never stepped foot in one are aware of the general content entailed inside. This knowledge should not be taken for granted as there are a number of people who still have no idea of what they might find inside a strip club. Apart from the expected strippers (as implied by the name), some individuals are not quite sure of what else they might encounter when visiting a strip club.

Those thinking about visiting a strip club for the first time might wish to get acquainted with what they should expect from this endeavor. This could be a means of preparing themselves for the outing, or simply making a final decision on whether or not they should take the time to patron one of these establishments. Apart from the entertainment personnel (strippers), other elements that an individual is likely to come across in a majority of strip clubs include:

This can be an unexpected feature of strip clubs for those who may only be informed of the general make-up of most of these venues. However, the availability of various kinds of foods and snacks such as chicken wings, hot dogs and the like has steadily become a common inclusion for most clubs in this criteria as well. It is not uncommon to find a 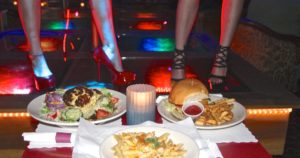 strip club featuring a buffet stand either on a permanent basis, or during a particular time (such as lunch hours in most cases) every day. The inclusion of food items for sale in these clubs emerged as a result of an attempt to attract patrons during the slower times of the day. Though a strip club may not offer quality five course meals in their establishments, they are a great option for those looking to get a quick bite to eat in an entertaining environment. The foods offered are usually available at quite affordable rates, and can also be a cheaper alternative for those simply looking to fill up on something to get them through the rest of the day.

The progression that has been made around the world with regard to the development of technology has led to a majority of establishments offering free Wi-Fi to their patrons. Strip clubs have not been left behind in this development, and a large number of these venues have added free internet connection to their range of services. Individuals visiting the clubs are now able to access this connection for their own use whilst in the club.

The features that one might come across while at a strip club can depend on the particular venue that an individual is visiting, as they battle for the growing number of potential patrons of these locales.